A resource for Aikido dojo managers, teachers, and assistant instructors. Share best practices with peers and learn from experts. You don't need to reinvent the wheel. You don't have to go it alone. Make your dojo thrive! 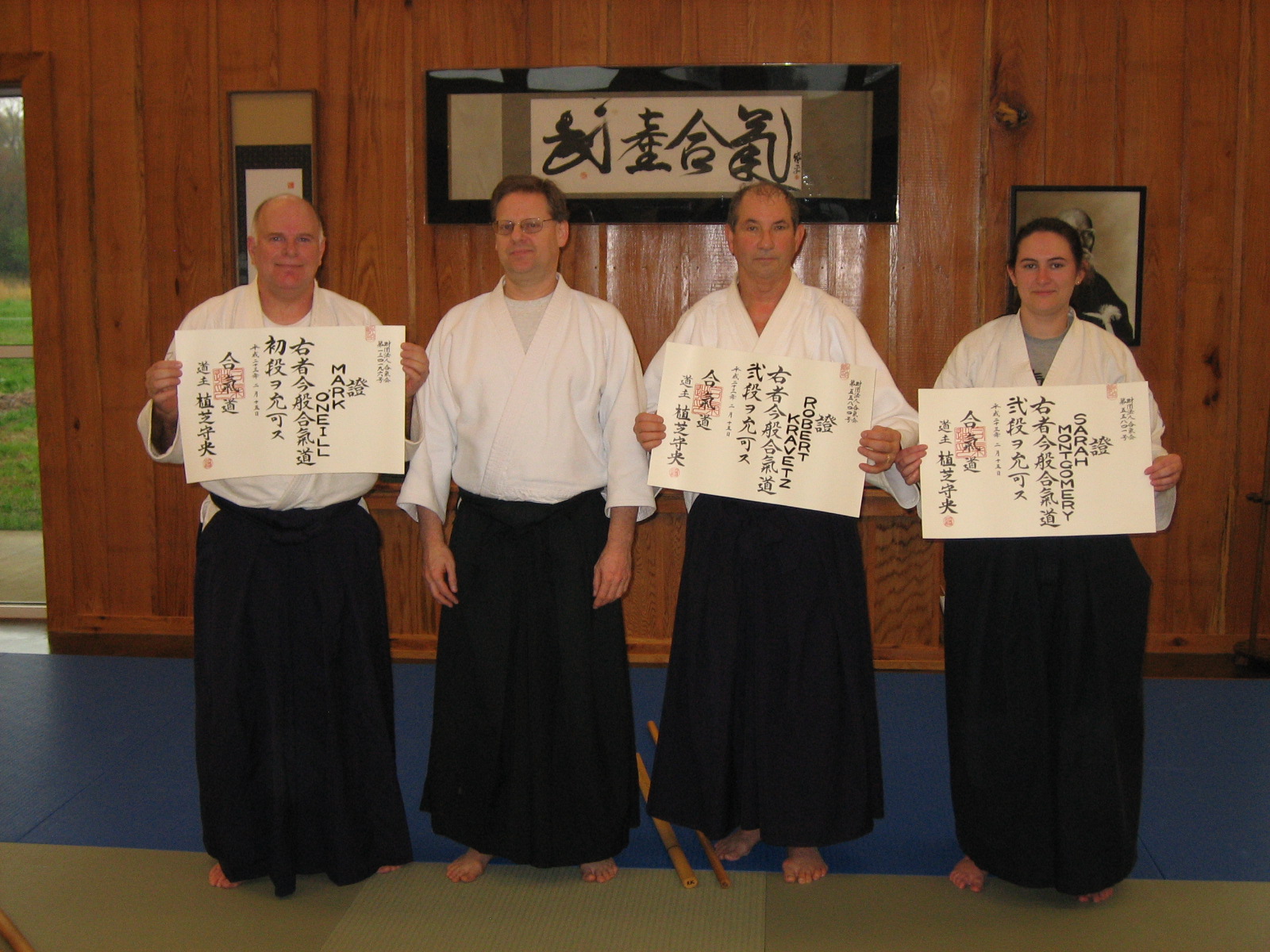 DojoCho.org was initiated by Aviv Goldsmith Sensei, Chief Instructor of Aikido in Fredericksburg, Virginia.  His academic backgroung includes a Master of Business Administration.  Prior to retiring in 2002, he had decades of experience in project development and project management.  He brings this experience and a thoughtful approach to managing dojos.

Aviv Sensei was introduced to Aikido training at the New York Aikikai in the mid 1970s. He became Dojo Cho of Reno Aikido Co-Op dojo in 1993 and continued to teach and train there until 2002 when he moved to Virginia at the invitation of the Fredericksburg Aikido Club.  Aikido in Fredericksburg was founded as a non-profit educational corporation.

In 2002, the Fredericksburg dojo had four members.  Using a caring approach and his skills in marketing and management, the dojo membership doubled many times to over 128 members in 2016.  Each time the membership doubled, a party celebrated the success of their community.

At the start the group was training in a small room with portable mats that was sublet from a jiu jutsu instructor who sublet from a karate instructor.  When they unexpectedly lost their lease the Aikido group moved to a gymnastics studio (and held classes at the same time as the cheerleading class and roller hockey games!)  Soon thereafter an auto garage was rented and transformed into the first full-time dojo in Fredericksburg.

While there Aviv Sensei pursued his dream of developing, designing, and building a dedicated “green” dojo.  After years of work, in 2009, Aikido in Fredericksburg moved into the 7,200 square foot “Shin Dojo” on 20 acres, with a 102 mat tatami training area.

The Aikido in Fredericksburg is dojo is one of the few buildings outside of Japan designed and built to be an Aikido dojo.  It has a supportive and inclusive community and an outstanding uchideshi program where students from around the world come to grow as aikidoists and as individuals.

Aviv Sensei is the originator of the “Aiki Kodomo Kenshukai” series of seminars for instructors of Aikido for youth and the workshop on “How to Run an Aikido Dojo”.  Aikido in Fredericksburg is a member of the Takemusu Aikido Association.

Aviv Sensei believes that Aikido is too good to be a secret.  DojoCho.org is a portal to share not only his insights and the resources he has harnessed over decades of leading successful dojos, but to learn from our peers that are running Aikido dojos — since each of DojoCho.org members (yes, that includes you!) can contribute to our knowledgebase.
DojoCho.org is a membership community providing educational material, community building, and professional development opportunities for Aikido dojo managers and instructors.  Our mission is to encourage the adoption of best practices so that dojos can be successful and you can enjoy the success. We welcome all who share our passion for excellence in Aikido.

We’re working together to make professional resources available so that Aikido dojos can grow, students can learn, and managers don’t get burned out. We invite you to help make this effort successful and sustainable!

How You can Participate

We invite you to join as a member.  We are committed to co-creating a culture of collaboration that is respectful, supportive, and generative.  We’ll harness the power of communications technology to share resources, enrich connections, and exchange encouragement. We’re stronger together!
You can also support our activities as a donor or as a volunteer.  We welcome your offers of assistance with tech support, outreach, social media, fundraising, providing content, and developing alliances with other Aikido projects. Please contact us to explore ways you can participate!
Individual MembershipDojo Membership